"Writing is an adventure."---Winston Churchill

Carol J. Binkowski writes about music, history, and a variety of other topics.

Her most recent work, Opening Carnegie Hall, was published by McFarland &

Company in 2016. It traces the story of the creation of this famous musical

building's inauguration in 1891 -- a spectacular event that featured Tchaikovsky

historical newspapers and publications served as the basis for this narrative.

Her biography of Joseph F. Lamb, published by McFarland & Company in 2012,

is the first full-length chronicle of this classic ragtime composer's life. Considered

wrote such enduring works as "American Beauty" and "Ragtime Nightingale."

by Carol and Lynn Wenzel -- was recently released by Globe Pequot. It tells the

stories of fourteen extraordinary and inspiring women -- all born before 1900 --

who made significant contributions within the arts, medicine, religion, activism,

and other diverse areas.

Carol's essays and articles have appeared in The New York Times, The Washington Post, The Christian Science Monitor, AAA Traveler, Literary Traveler.com, Clavier, The Optimist, The New York Daily News, Writers' Journal, Grit, Mr. Beller's Neighborhood, and The Instrumentalist, among other publications. A book reviewer for Library Journal, she was awarded its 2011 Special Reviewer's Citation.

A freelance pianist and organist in the New York/New Jersey metropolitan area, Carol has created and presented programs on music and history for cultural/educational groups.

Musical New York: An Informal Guide to Its History and Legends AND A Walking Tour of Its Sites and Landmarks
(Camino Books, 1999)

The story of the creation of this world-famous concert hall and the five-day festival celebrating its opening in 1891. 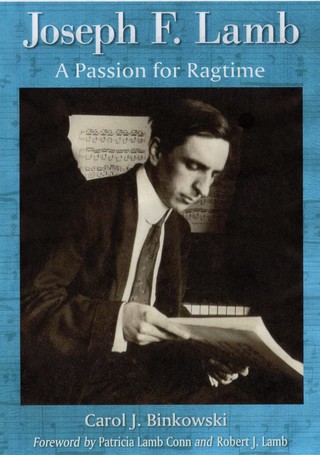 The biography of one of classic ragtime's "big three" composers.

"An impressive and meticulously researched work."